SRQ MEDIA was delighted to host the 15th Annual SRQ Magazine Home of the Year Awards. The ceremony took place at SRQ Studios in Downtown Sarasota during the evening of Wednesday, February 27 and was attended by over seventy local architects, interior designers, contractors, vendors, and guests.

Developed to recognize talent in the design and construction industry, the SRQ Home of the Year Competition celebrates incredible residences along the Gulf Coast. Home of the Year Awards Ceremony was MC’ed by SRQ MEDIA Executive Publisher Wes Roberts who noted that design is, “More than a craft, it’s a calling.”

In addition to nine award categories ranging from Best Overall Home Over $2 Million to Best Remodel/Renovation, SRQ introduced a new award to the competition in 2019: Best Overall Home- Interior Design. SRQ received an impressive 34 entries in this year’s competition and the Silver, Gold, and Platinum awards were determined by the 2019 Home of the Year Competition judges: Stephanie Gaines of Curts Gaines Hall Jones, Tampa; David Poorman of David Poorman Architect, Naples; and Hugo Mijares of OneDBMiami, Miami. 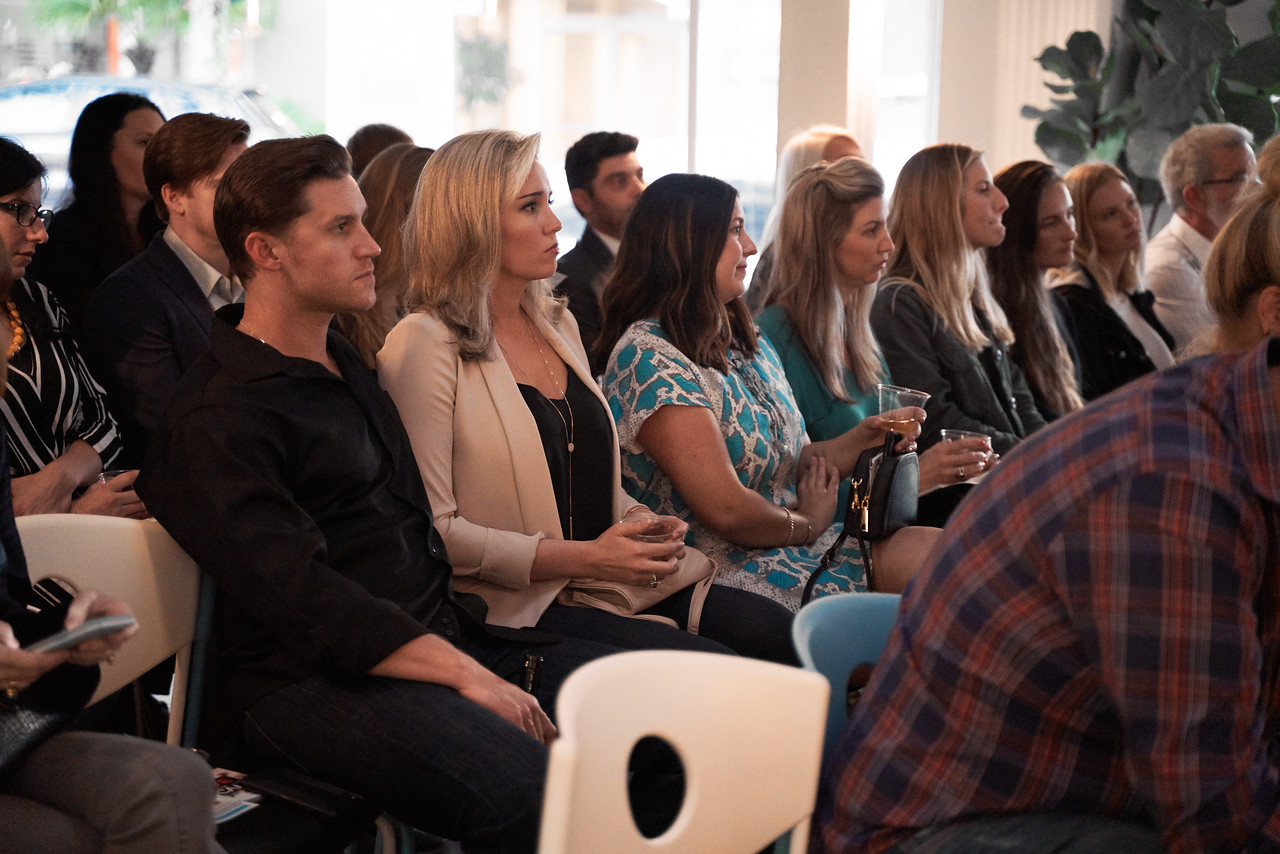 The awards ceremony kicked off by celebrating the Platinum winner of Best Sustainable/Green Home, DSDG Architects for Osprey Landing. Described as “A good use of passive and active sustainable design” by the judges, the home incorporates locally sourced materials with high recycled material content, energy saving appliances, tank-less gas water heaters, LED lighting and a lighting control system to help ensure that no power is wasted.

The next Home of the Year Category was Best Landscape Design/ Pool/Outdoor. Michael A. Gilkey, Inc. won the Silver Award for the Cherokee Park Family project. DWY Landscape Architects was awarded Gold for the Two Palms residence and the Platinum award for Best Landscape Design/ Pool/Outdoor was awarded to DWY Landscape Architects as well for the Citrus Avenue project. The judges commented that DWY’s Citrus Avenue project is “A gorgeous use of lush green and hot pink Barragan’s water wall that contrasts beautifully with the white architecture” 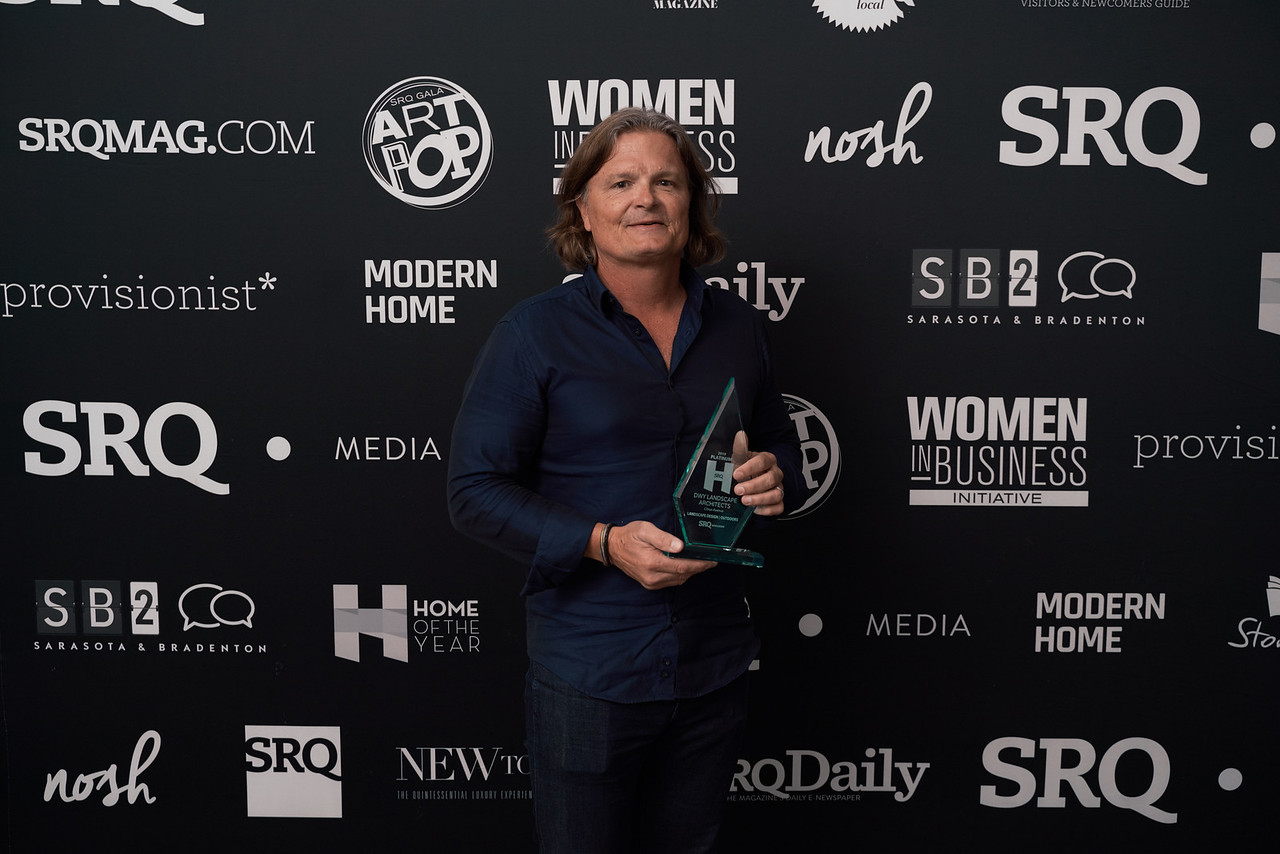 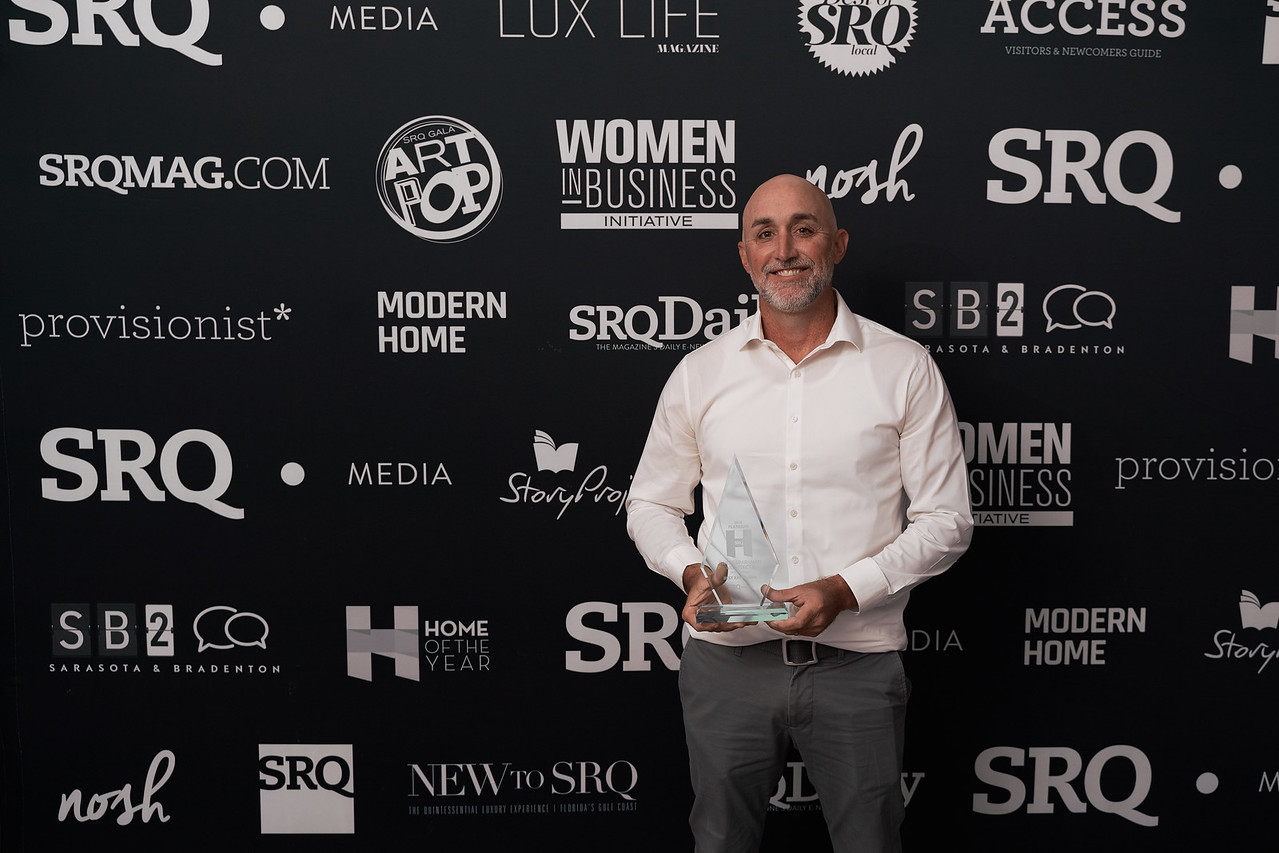 The SRQ Home of the Year Platinum award-winning kitchen is a minimalist’s dream. Awarding Principal Architect Mark Sultana his second Platinum Home of the Year for the evening, the Best Kitchen award was given to DSDG Architects for Betonhaus. This home features floor-to-ceiling sliding glass walls that open to the south facing breakfast deck, allowing light to flow into the kitchen to highlight the room’s centerpiece – a fifteen and a half foot island with a polished concrete waterfall countertop.

The next award category was Best Overall Home Under $1 Million. SRQ was pleased to recognize Solstice Architects as winner of the Gold Home of the Year for WhiteHaus and DSDG Architects as the Platinum winner of the Best Overall Home Under $1 Million for the Rivetta Retreat residence. The Rivetta Retreat was described as an “Elegant marriage of function and beauty” by judges. 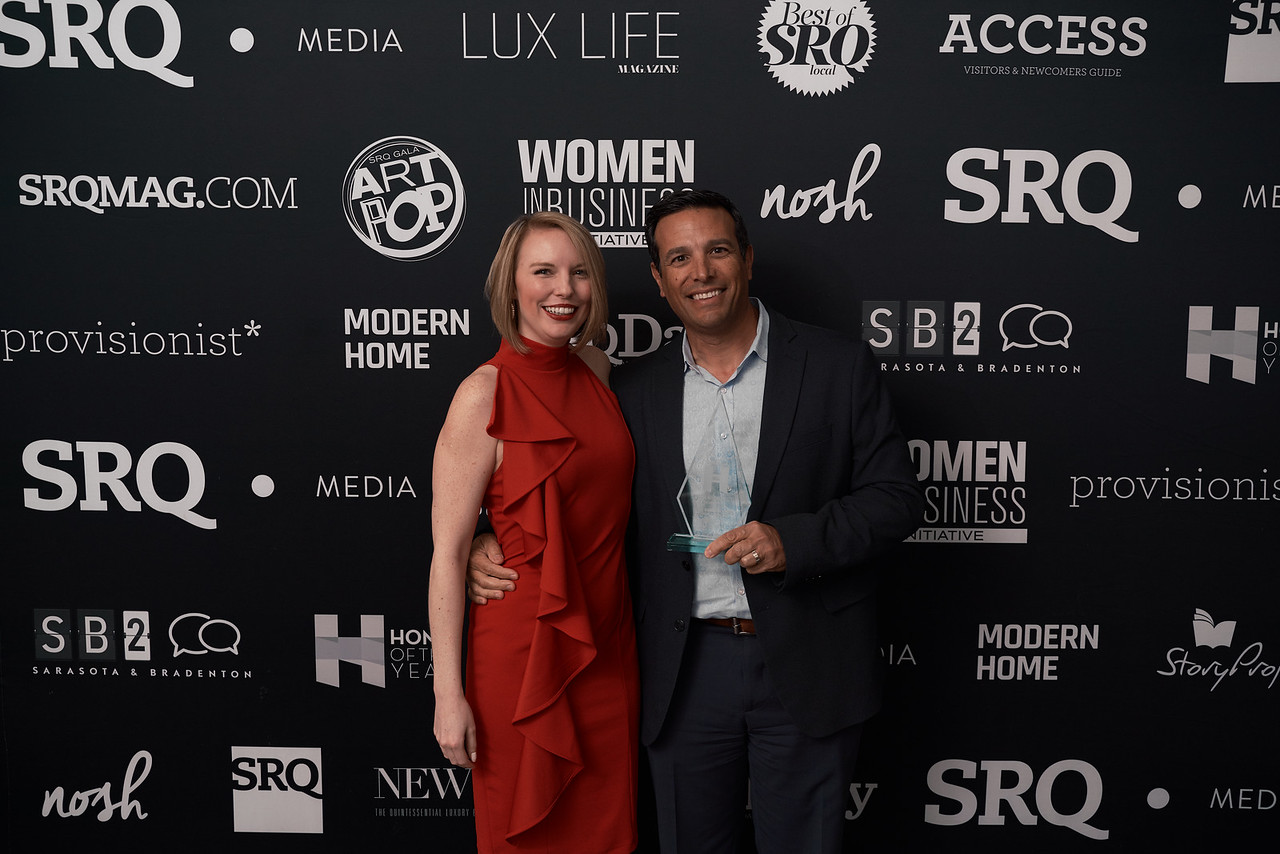 The Best Overall Home Between $1-2 Million was awarded to a Gold and Platinum winner. The Gold award winning house was Osprey Landing by DSDG Architects and the Platinum winning home was the SeaThru House by Sweet Sparkman Architects. The SeaThru home was designed as an homage to the local mid-century vernacular of Sarasota and was described as “Simply spectacular” by the judges.

The evening concluded with the final category of the night, the Best Overall Home Over $2 Million. This award was given to a Gold and Platinum level winner. Murray Homes took home the Gold Home of the Year Award for Best Overall Home Over $2 Million for their Modern on Mourning Dove project. The Platinum Award winner of the the best Overall Home Over $2 Million was DSDG Architects for Betonhaus. The award was accepted by Principal Architect Mark Sultana and was the firm’s fifth 2019 Home of the Year award. Betonhaus uses raw concrete, wood accents and subtle color to warm the overall aesthetic and add additional layers of detail to the design. Drawing inspiration from mid-century design, current modern features and philosophies are evident in this home through floor to ceiling glass walls, patterns of three, opacity of walls to allow passive ventilation, and a connection to the outdoors. We’re also inviting local architects and builders to participate in this year’s July Modern Home Magazine. SRQ will be bringing back the Building of the Year Awards this summer to recognize commercial, multi-unit residential and mixed use buildings, public parks, and regional buildings. The Call for Entries opens on April 1st and closes June 1st.

The full list of award winners and images can be viewed online and in print in the March 2019 edition of SRQ Magazine. Click here to read the article about the 2019 Home of the Year awards in SRQ DAILY. A gallery of images from the Home of the Year Award Ceremony is available online here.

11/29/18 – SB2 Luncheon | Philanthropic Agenda, panel discussion will explore the dynamic and ever changing world of non-profits. Luncheon culminates with the SRQ Gives Good program where we honor individuals who have meaningfully impacted our community for good in the past year with the Non-Profit Innovation in Philanthropy Award and the Local Philanthropy Hero Award. – 11:00AM @ Sarasota, FL

2/23/19 – SRQ KidsFest by RocketKids, is an experience designed to connect parents and kids with hands-on learning experiences, local engagement resources and opportunities in our region with a day teeming with exploration designed to deliver fun “a-ha” moments for the whole family. – 8:30AM @ Ringling College of Art and Design, 2700 N. Tamiami Trail

3/15/19 – SMARTgirl Luncheon, fostering “curated networking” and engaging local middle school young women in a program designed to educate them on career possibilities and tools to succeed through mentorship, soft skills training and hands-on workshops. – 10:30AM @ Hyatt Regency Sarasota, 100 Boulevard of the Arts